HERNDON, VA. – Audi returns to the big game with a 60-second commercial in the second quarter, marking the 10th year as an advertiser. This year’s spot will feature an electrification theme that includes all-new Audi e-tron models.

This is the tenth showing for Audi in America’s biggest night in football. The brand with the four rings has a history of telling compelling stories on game day – from sparking a national conversation with “Daughter” in 2017, to shooting for the moon in 2016 with “The Commander” to allowing online viewers to vote on the commercial’s ending in 2013 with “Prom.”  San Francisco-based Venables Bell & Partners is creating the 2019 spot.

Audi: electric offensive continues
In anticipation of nearly 30 percent of its U.S. customers going electric by 2025, Audi will introduce three battery electric vehicles in the coming three years. The five-passenger Audi e-tron SUV is available now for reservation, the e-tron Sportback in 2020 and the e-tron GT will follow. In step with demand, globally, the brand will offer more than 20 fully electric and plug-in-hybrid models before 2025.

Find out more and reserve the all-new Audi e-tron here. 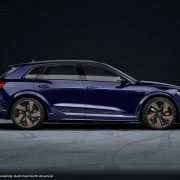 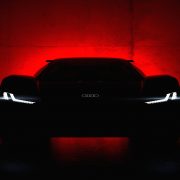 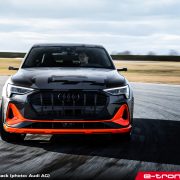 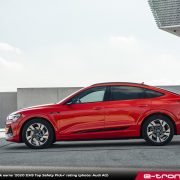 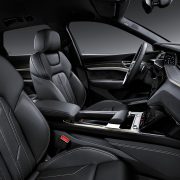 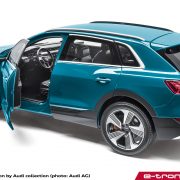