I have been an Audi Club member since January 2020, after buying a 2011 Q5 as my first Audi.  I saw an ad for the Audi Club in a 2008 edition of quattro while my car was being services, and decided that I wanted to fully immerse myself in the Audi culture and signed up. Shortly after becoming a member, I reached out to the local chapter to see if I could volunteer some time with any of the club activities or functions. I was also trying to do the same thing on a national level after reading a call for volunteers on that level. Shortly after reaching out to both groups, I joined the RMC as an interim board member and was also accepted an invitation to join the membership committee on the national level.

My vision for the RMC is to continue the work of the existing board members, and members leaving the board by increasing membership and the membership experience for our local chapter. The current board, excluding myself, due to being new, have laid a solid foundation for the club and are to be commended for their prior service. I would like to continue as a member of the board and work to continue advancing the vision of the board to date. In addition to the benefits afforded to members on the national level, I would like to further introduce additional value to our chapter members with expanded education opportunities, social events,  community outreach and maintain strong relationships with dealers and other Audi service providers, and would envision extending all these items to members across the entire geographic areas of the RMC. 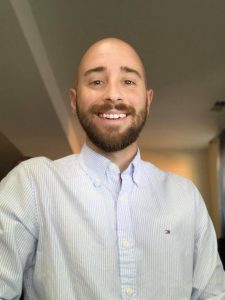 My name is Kyle Walker, I am a Professional Licensed Surveyor that works in the Denver Area. I am young to the Audi world in relation to the many people I have met in the Audi Club. My excitement and enthusiasm started with a ride a long from a friend who happens to work at Porsche/Audi of Albuquerque. He drove a 2011 Audi A6 Avant with the 3.0-liter supercharged motor. Now after having ridden in that while driving a 2001 Chevy Astro, I was in love. As soon as I landed a full-time job after college and had access to “Grown Up Money” I bought my car. I currently Drive a 2012 Audi A6 with that same 3.0-liter supercharged motor. I have modified it extensively in terms of performance, to the point where I should have just purchased a tuned S6, but hey, I love my car.

I first got involved with the club after stumbling upon an event while browsing the internet one day for Audi related items on Audizine. I signed up for the “Mystery Rally” that the Rocky Mountain Chapter typically holds and met several other members including the current interim President, Scott Pedram. In the next year I was asked if I would be interested in joining the board by Scott, who was attempting to revitalize the club. I have since served as a couple different interim positions on the Board and am currently the interim Vice President. I have been helping along how I could as we grew from just a couple events per year to over 20, then continuing to do so as we held a fewer number of Events due to COVID. I hope to be able to help us in planning more events in the future.

This being my first Board-type involvement I have certainly learned a lot along the way and would love to be able to continue helping the Rocky Mountain Chapter of ACNA. I know that my project management skills can be an asset to be utilized and that I have a passion for these cars and driving, so I hope I can make our current and future members proud in what the club continues to grow into. Having over 300 members in the Rocky Mountain Chapter was an accomplishment by the boards past, but I would love to influence more involvement by volunteers and members alike. 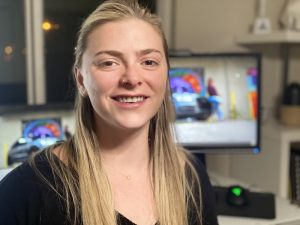 I first heard about Audi Club RMC when my boyfriend invited me to go on an event called the Mystery Rally in 2017. The amount of fun I had at the event and during the ride along led to me purchasing my own 2014 SQ5, which I have owned for about three years now, but my love for vehicles started young. My brother was into cars, he had all the posters hung up, and eventually rubbed some of that enthusiasm off on me. I started my journey with a Nissan Xterra, moved through the truck world, and found my passion in the Audi brand.

Since moving to Denver a little over a year ago, I have had the opportunity to volunteer and participate at events like Ice Driving, Autocross and the Fall Leaf Drive, and know that we plan to hold many more events in the years to come that I am excited to be a part of.

I was brought onto the board about a year ago by another board member and was named interim Treasurer until the time came for new elections. I enjoyed my position so much that I decided I would like to stay on to continue help attracting new members and planning events. I am excited for the opportunity to help grow the Audi Club RMC in the coming months and years. 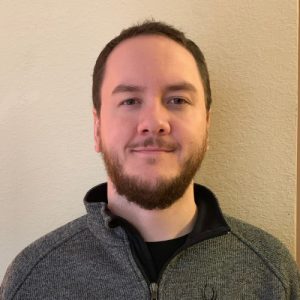 I come from an automotive pedigree, my grandfather and great uncle built and raced Super Modified. My uncle has been a mechanic his entire life and I grew up learning as much as I could from him.

I had driven VW’s for years and in 2017 I got my first Audi when I jumped straight into an SQ5, the last of the super charged models. The power is something that I had yet to experience, and with the leg room for a taller individual, just an absolutely incredible vehicle.

In February of 2019 I joined the Rocky Mountain Chapter Board as interim Secretary. I have thoroughly enjoyed my time on the board helping rebuild our chapter and grow my love for the brand. I have also volunteered for the National Club doing IT related work to help digitally transform their operations to better support the members and chapters.

My most memorable time with the club is planning and hosting the 2019 Mystery Rally where we took an absolutely epic drive through the mountains to Crested Butte for the night. The last year has been tough with the pandemic, but I look forward to contributing my time to the club. 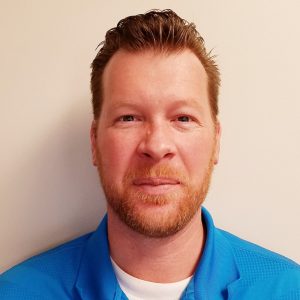 I am a recent addition to the ranks of Audi Enthusiasts, getting my first 4-ring vehicle 3 years ago with a 2014 S5. This was my first car that I was really “proud” of, and I loved that was both luxury and performance in a great looking form. In a fairly short amount of time, I felt right at home in the Audi family.

It began with learning about all the mods that are possible on the B8 platform via Audizine (and, oh my, are there a lot!). At a Euro Cars gathering I saw the Audi Club booth, and was clued in that there was a whole other part of the Audi scene that I didn’t know about. It happened that the next weekend the club was going to the Snowmass car show + wine festival, so a last minute decision was made to drag the family with me to Snowmass. Getting to drive the track there in my own Audi was probably the thing that “did it” for me, and I was hooked. I became an ACNA member in 2019.

In the last few years I’ve enjoyed being able to be part of the Rocky Mountain Chapter and participated in High Plains track days, Car Shows, Autocross, Detailing and fun “hang out” events. I’ve always had an inclination for volunteering, and I’ve helped both the Audi and Porsche clubs at multiple Autocross events in the last few years as well. (I’ve also volunteered in the past for the Great American Beer Festival for about 7 years).

I’d like to continue my involvement in RMC Audi Club by putting my effort into a leadership role on the board. I would like to help to grow our chapter in membership and activities. I can also provide knowledge in IT support for the club, my professional job being a Software Architect. I am an understanding and empathetic person, and would gladly listen to comments and suggestions from other club members to facilitate the board accomplishing what its members want to see from our chapter.

I enjoy cars: talking with others, working on them, researching about them – and driving them! However, over the course of the last few years I’ve come to understand that the most important thing about car clubs are the people. The best events we have are when other Audi Enthusiasts attend and participate to create community. I believe I can help bring more of that to our club.