So you have an Audi with upwards of 60,000 miles on it that runs a little rough when it’s cold and maybe doesn’t quite have the zip or gas mileage you remember from when it was new? Well, there’s a good chance it’s suffering from carbon build-up on the engine’s intake ports and valves. Your Humble Ed’s 2009 TT coupe, with 96,000 miles, was way overdue and after a year of worsening stumbles and hesitations, finally developed a persistent check engine light. Since we’re really light on newsletter material this time of year, I thought I would share my experience researching the issue and getting it fixed. Disclaimer: the following is to the best of my knowledge and based on my own experience, but I can’t guarantee everything is one hundred per-cent correct, and of course “your mileage may vary.”

Q: What’s the problem?   A: The intake manifold, ports and valves are the last parts of the path that air takes into the engine, where it’s combined with fuel injected directly into the cylinder and ignited by the spark plug (Picture 1). The carbon problem is caused by oil and fuel vapors from the EPA-mandated Positive Crankcase Ventilation (PCV) system that are dumped into the air intake manifold, leaving deposits on the ports and valves that turn to carbon and build up over time. In conventional engines fuel is introduced before the ports and valves, so detergents in the fuel keep the deposits from forming. However, the Audi/VW direct injection engines inject the fuel directly into the cylinders (hence “direct injection”), so detergents in the gas are unable to keep the ports and valves clean. Virtually all recent Audi/VW gasoline engines use direct injection. 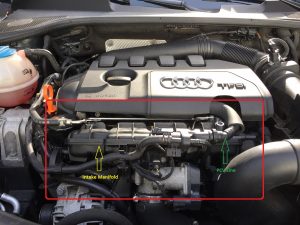 Picture 1. Intake manifold and related plumbing all must be removed. The PCV line is how crankcase vapors enter the intake manifold.

Q: How do I know if my engine needs carbon removal?   A: Based on some web research and speaking with several technicians, if the engine has gone more than 50-60,000 miles without carbon removal, it probably needs it. Overt symptoms include rough running and stumbles at idle or light throttle, especially when cold; some loss of performance; and reduced mileage. These symptoms develop so gradually that you may not notice. When the problem gets severe enough, you will get a “check engine” light (Malfunction Indicator Light, or “MIL”, in Audi-speak) caused by misfire and possibly other fault codes. At that point you really have to fix the problem, otherwise your car will probably fail annual emissions inspection. There are of course other issues that can cause these symptoms, especially a bad ignition coil pack; a good tech will check these sort of things first. 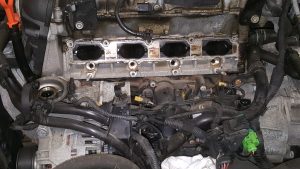 Picture 2. Intake ports, one per cylinder, exposed after removing manifold. The fuel injectors go in the round holes just beneath the ports.

Q: What’s the fix? A: Doing it right is not simple. First, the intake manifold and all the related plumbing must be removed (Picture 1 again), exposing the intake ports (Picture 2). Then, the ports and intake valves are cleaned using a compressed air blaster with a media such as crushed walnut shells (as Dave Barry would say, I’m not making this up). The cleaning is laboriously finished using dental pick-like scrapers, then everything is put back together. Pictures 3 and 4 show a “before” and “after” view of one of the ports; pretty dramatic difference! The shop that did my work also cleaned and re-sealed the fuel injectors and replaced the oil separator, aka the PCV valve. The oil separator is intended to keep the worst of the oil vapors out of the intake manifold, but is wear-out prone. 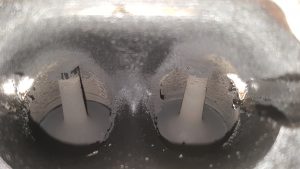 Picture 3. Intake port and valves for one cylinder, before carbon removal. Each cylinder port has two intake valves. 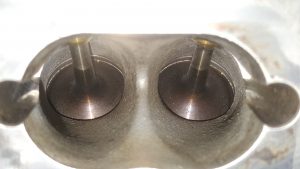 Picture 4. Ports and valves after carbon removal. Compare to Picture 3 (!)

Q: So, um……what does this cost to have done? A: Be prepared to write a sizable check. As you might guess, the basic carbon removal is very labor-intensive, typically eight to ten hours. On the other hand parts costs are minimal, and include a few gaskets and seals. I got estimates of $1500.00 from two dealers, and $1300.00 and $1000.00 from two independent shops. The tech at the $1000.00 shop seemed to know what he was doing (“I’ve done hundreds of ’em”) and the shop had the right equipment, including the media blaster. The bill came to about $1200.00, $200.00 which was to replace the oil separator. They needed the car for a day and a half, and did a very thorough and professional job. (NAAC policy precludes the club endorsing a particular dealership or shop; if you really want to know, email me).

Q: After all that, did it make a difference? A: As a certain Republican VP candidate was fond of saying, “You betcha!” All the stumbles and hesitations are gone, throttle response and acceleration is noticeably better and mileage has improved a bit. In short, it just runs a lot more smoothly and is nicer to drive.

Q: Would this be covered under warranty? I really can’t answer definitively. But if you’re beyond the new or Certified Pre-owned warranty, then probably not. From what I could tell from web research, Audi would cover the repair under warranty only if you had a check engine light that was traced to carbon build-up. This is unlikely within the 50,000 miles covered by the new car warranty, but would be a distinct possibility for a certified used model, with its 100,000 mile/six year coverage. YMMV.

Q: Is there any way to prevent the problem in the first place? A: Well, adding cleaners such as Techron to the gas won’t do any good because with direct injection, the fuel doesn’t flow through the intake ports and valves. An after-market “catch can” installed in the vapor line to the intake manifold will accumulate some of the oil and other junk from the crankcase. However, it needs to be periodically emptied and may violate EPA emission regulations. Then, there are products that can be injected into the intake manifold while the engine is running (“SeaFoam” is one of them) but from what I gleaned on the web, results are decidedly mixed. Unfortunately, the best approach is to bite the bullet and treat carbon removal as part of extended mileage service.

There’s a nice You-Tube video that explains a lot about the carbon problem here.