Depending how you read tea leaves, this could be big news or much adieu about not much. Apple blog 9to5Mac.com is reporting that Apple’s senior VP of worldwide marketing Phil Schiller was spotted at an “Audi e-tron event in Spain”. Whether he was there simply having fun as a car guy V.I.P. guest or something else remains to be seen, but someone of that caliber from Apple hanging about at a reported e-tron event is interesting to say the least.

The event was said to be in Marbella, Spain, and it looks to be at a track. We’d place it then at the Ascari circuit. German manufacturers like Spanish tracks for their warm climates during cold months. Instagram-stalking the Circuito Ascari Resort location, the event appears to be a mix of Audi cars being driven, from the new internal combustion Audi R8 and R8 LMS GT3 racecar, to the e-tron crossover and e-tron Vision GT. The primary focus appears to be Audi Sport, with the only product shots other than Audi Sport products being the e-tron crossover.

Guests on hand at likely multiple waves of events include influencers, V.I.P.s and likely press. Amongst them, as mentioned, was Phil Schiller… whose presence was shared and confirmed by Hungarian electric car blogger Andras Horvath.

9to5Mac goes on to touch on Apple’s on-again off-again interest in autonomous electric vehicles… though in the end seem to come to the conclusion (and we’d tend to agree) that Schiller’s presence was likely there more for the enjoyable experience than it was as a signal that Apple could or would be working with Audi now that Ingolstadt’s first fully BEV e-tron is about to hit market.

As further proof toward this purely enjoyment philosophy is another quote by Schiller that seems to place him as a bit of an Audi enthusiast. After the launch of the iPhone XS and XR, Schiller said in reference to their nomenclature:

“I love cars and things that go fast, and R and S are both letters used to denote sports cars that are really extra special.”

That’s pretty targeted. We wonder if Mr. Schiller has been eyeing the upcoming e-tron GT as much as we have. 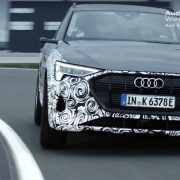 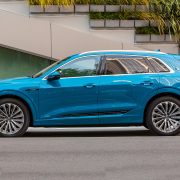 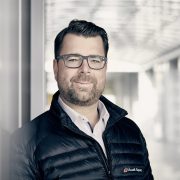