One month before the beginning of the new season in Diriyah (Saudi Arabia), Formula E is launching the new edition of its virtual championship: Under the title of “Formula E Accelerate,” the participants will compete against each other on the simulator from January 28. Audi Sport ABT Schaeffler is entering Kelvin van der Linde, a professional race driver from the Audi family.

More than 70 million video views in 150 markets, plus several thousand articles in online and print media – the first edition of the virtual Formula E championship was already a huge success in the spring of last year. Now, the championship is returning as “Formula E Accelerate” with even more taken from the real world of Formula E, such as Attack Mode and energy management. It kicks off on January 28, followed by five more events until the finale on March 25.

“I’m really looking forward to representing Audi Sport ABT Schaeffler in the virtual world,” says Kelvin van der Linde. The 24-year-old South African has been part of the Audi family for years and is also involved in the brand’s Formula E project. He supports the regular drivers by working in the race simulator and was also a driver at the 2020 Formula E rookie test in Marrakesh. “In February and March, it’s still a bit quieter on the real race tracks, so it’s a great opportunity to put on a good show in other ways for the fans at home. Last year, I also competed virtually against the Formula E drivers and now it’s against real eSports racers. I’m excited to see how we will do.” 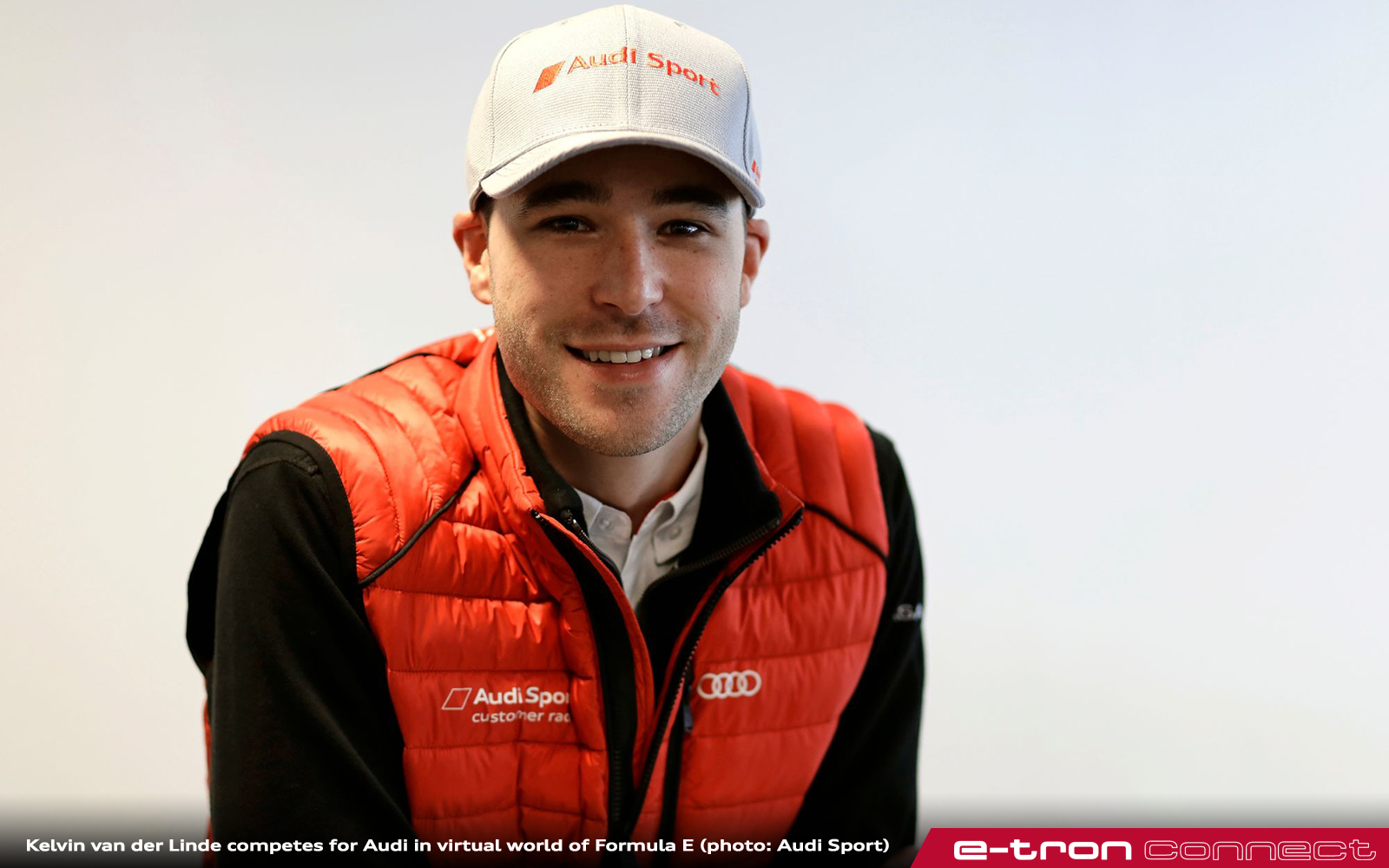 In Formula E Accelerate, Kelvin van der Linde will be competing against both nominated drivers from the other teams and the best drivers from an open qualifier held online in recent weeks. One of these eSports drivers is Manuel Biancolilla. The 20-year-old Italian finished third in the elimination rounds and has already gained experience in the Formula 1 eSports series. In the coming weeks, he will be competing as the second driver for Audi Sport ABT Schaeffler, alongside Kelvin van der Linde.

Each of the Formula E Accelerate races, which last for around 25 minutes, will be broadcast as part of a 90-minute TV show that also features Formula E drivers, team principals and other guests. For example, the team principal of Audi Sport ABT Schaeffler, Allan McNish, will also be broadcast live from his home in Monaco from 8:00 p.m. (CET) on January 28. All of the events will be shown live on the Formula E’s social media channels and streaming platforms.

World Premiere: What Are You Doing February 9th at 1PM Eastern?