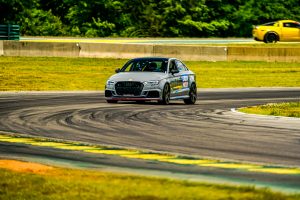 Hi Folks! Rob here from the Drivers Education Committee – better known as the “track day committee”. I wanted to share a little bit of what we’ve been working on, who’s involved with it, and how others could be involved!

As many of you know, Audi Club Carolina’s hasn’t historically had a huge track presence, despite having 4 road courses and countless drag strips local to the Carolina’s region! Thus far we’ve been taking a look at the viability of the 4 road courses in the area: Carolina Motorsports Park, Charlotte Motorspeedway (Roval), Rockingham (Roval), and the NC Center for Automotive Research.

As of right now the team supporting the Drivers Education Committee are:

Further, we’re working on a set of run group categories, checklists for running an event, and cost structure to be applied so that *anybody* with any level of experience can volunteer to help at one of our events, regardless of whether you plan to drive. Wait – Attending a track event and not driving? What’s that about, you say? Keep in mind, it takes a *lot* to make a track day work… ever wanted to wave the checkered flag on start finish for a full day? We can make that happen! Have a passion for organization and making fun of Rob over the radio or during the drivers meeting? Awesome!

We have 3 events planned this year, two of which are in conjunction with SCCA, as they have an impeccable safety record, and as those who have attended them know, they run like clockwork. A couple of FAQ’s that we’ve had so far:

June 23 – Carolina Motorsports Park – Audi club members only event! This will be a morning HPDE run by SCCA’s Track Night in America program. This event will help us determine how an event should run, and there will be parade laps, and a track-walk available should you wish to get into the nitty-gritty of exactly how each corner should be taken, braking points, turn in/corner exit lines – all done by a person who drives a race car and thinks he’s a professional! 😉

Registration is pending for this, however ballpark somewhere just south of 200.00 for the entry, and 3x 20 min sessions (perhaps one or two more…)

July 1-2 – Virginia International Raceway – Dave’s Race is a Racing For ALS charity event that we now have over 10 Audi’s confirmed to attend. Want to go for a ride in a 750hp TTRS Track attack car that his 165mph on the back stretch? Come make a donation and let’s roll! Want to get an awesome photo of your own car during the parade laps so that you don’t have to worry about a helmet, excessive wear and tear, etc? Awesome, we can do that too!

October 15-6 – NC Center for Automotive Research — We will be attending SCCA’s final Time Trial for the year at one of the most forgiving tracks in the Southeast – easy to learn, novice friendly, and best of all, a super low price point – You also don’t have to do the time trial portion if you simply want to be on track – no transponder, run it like an HPDE.

Well – we have a special announcement about a sponsorship from FasterSkunk Racing for one of our novice Audi Club Carolinas members, Steven Rogers, who will be provided entry to Dave’s Race, a set of track wheels/tires to use on his Audi S3 for the weekend, a set of track brake pads for his car, full pit/track support by Dan Meyer and crew, and coaching and instruction by Rob Wilmoth from FasterSkunk Racing. 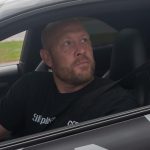 Steven was nominated by the Drivers Education Committee, and ultimately selected by the BOD due to his status as a novice driver, his desire to be on track, and his overall involvement with club events. We will also be featuring Steven’s journey to becoming a race car driver in a video made during Dave’s Race. This will ensure that everybody is able to learn from his experience and learn more about how to get involved with putting your own car out on track

If you’d like to be considered for this type of award in the future, be involved! Be vocal about your goals within the club! And overall, if you want something out of the DE committee, please let us know!