The all electric RS e-tron GT and the petrol BMW M5 CS…a titanic clash between the new and the old. If you are not familiar with the M5 CS, it is a monster. Powered by a 4.4l twin-turbo V8, it cranks out 627hp and 553 lb-ft torque which moves it from 0-60 in 2.9 seconds and is not only the fastest production BMW ever made, it’s the fastest BMW sedan around the Nürburgring. A very worthy opponent to the electric bruiser from Ingolstadt. The RS e-tron GT is powered by two electric motors – a 235hp up front and a 450hp in the rear for a combined power of a continual 590hp and manages a 0-60 in 3.2 seconds.

Chris Harris seems smitten with the RS e-tron GT and who wouldn’t be? He flings the Audi around the track and quite frankly, it looks like a lot of fun. So which car does Chris prefer at the end? Watch below. 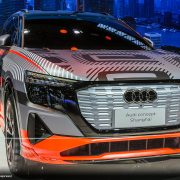 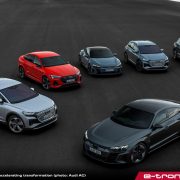