Born with a Hot Wheels car in my hand, my first real car came at age four, a shiny red AMF ’65 Mustang pedal car.  At age five, I was lulled to sleep by the sound of racing engines from the movie Le Mans playing at the drive-in theater late at night. Growing up, my brothers and I spent all our time making homemade go carts out of crates and wheel barrow tires, helping my dad work on the car, and watching the races on TV.  It was a great time to be a kid.  From James Hunt and Niki Lauda battling it out in Formula One, to seeing A.J. Foyt win at NASCAR and Indy, I was mesmerized by the mysteries of horsepower, torque, and other cool sounding words I knew nothing about.

Circa 1984, I will never forget the day a local racer and motorsports shop owner came to visit my high school class.  Our teacher introduced him as Donny Istook!  I knew exactly who Don Istook was for a few reasons; he was a known local racer, I used to drive by his European car shop as a kid, and he was an alumnus at my High School.

By the time I graduated, I had a ’65 Ford Mustang, a ’72 Datsun 240Z, and a ‘74 Opel Manta GT behind me.  Since then my adult years have been filled with a great variety of many more American, Japanese, and German performance cars.  I must confess, I would have never considered Audi if it were not for our best friends and next door neighbors who also happen to be Audi Club Lone Star members, Scott and Patti Lacen. 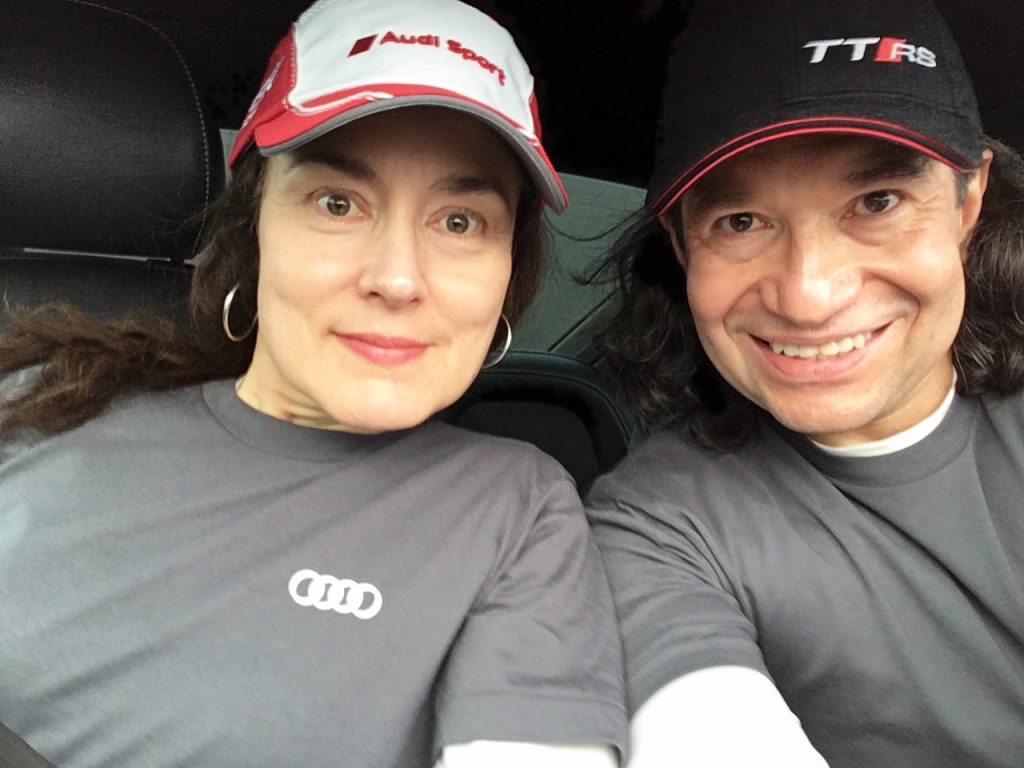 My wife, AJ, and I would just nod our heads and smile as they would go on and on about their Audis and used cool sounding words like Quattro and MMI.  Back then they would speak in code letters like A, Q, S, and RS.  We just smiled like we understood but it was all weird science at first.  With time we learned and understood Scott and Patti’s passion for Audi.  Until then I was certain my next car was going to be a Porsche 911 and a Cayenne for my wife.  However, Scott and Patti fueled our desire to become a part of the Audi family.  My wife will be the first to tell you Scott and Patti ARE family. 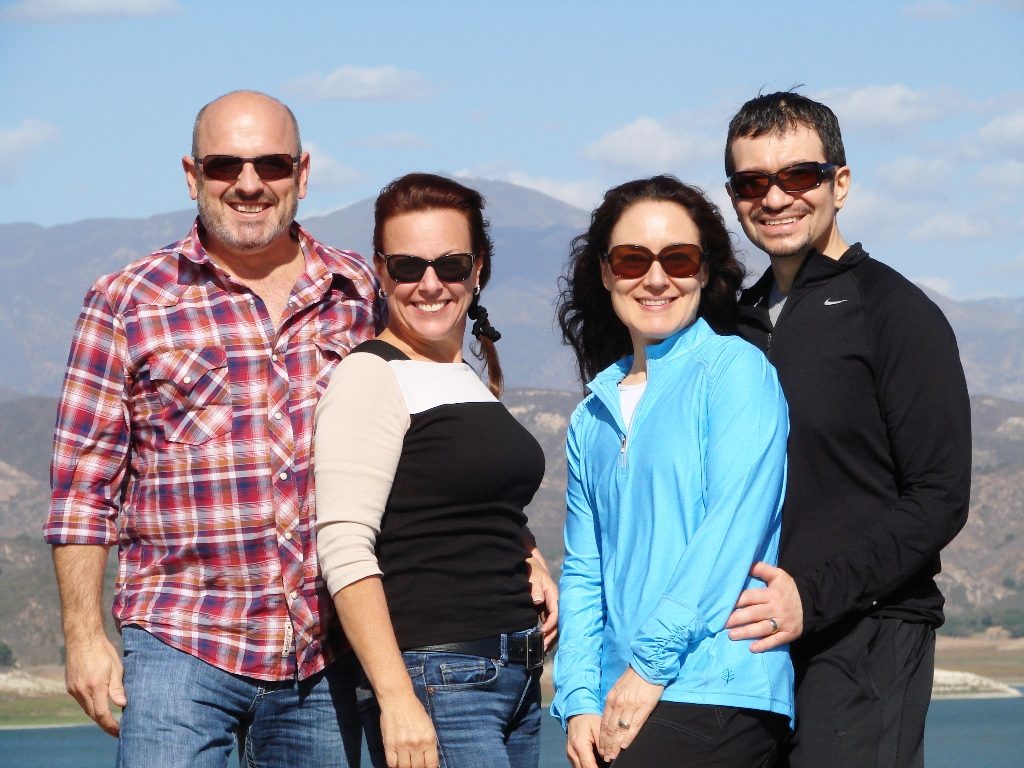 I had a milestone birthday approaching and with thoughts for a 911 behind me; I researched fast Audis on YouTube and stumbled on the TT RS which I knew nothing about.  More research and I learned local legend, Don Istook, had petitioned for the ’12 TT RS in North America and took delivery of the first one offered.  As I mentioned earlier, I knew exactly who Don was and at that point I considered it divine intervention that it was meant to be for me to own a TT RS. After a lengthy search, I was fortunate to find a fully optioned, ‘13 Phantom Black TT RS. 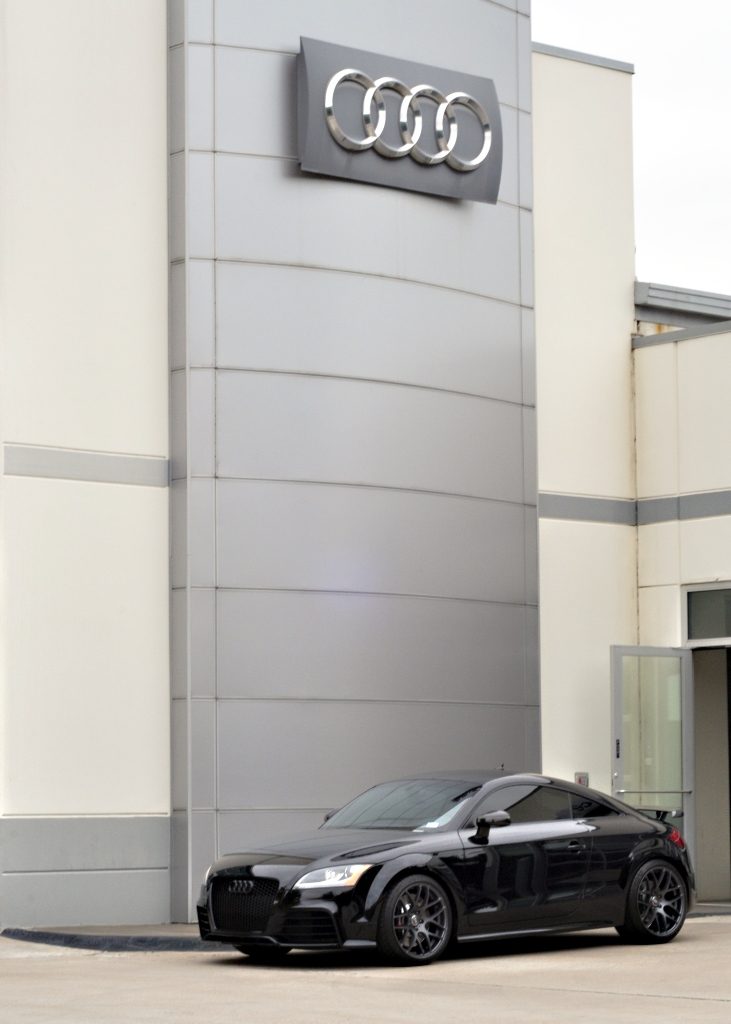 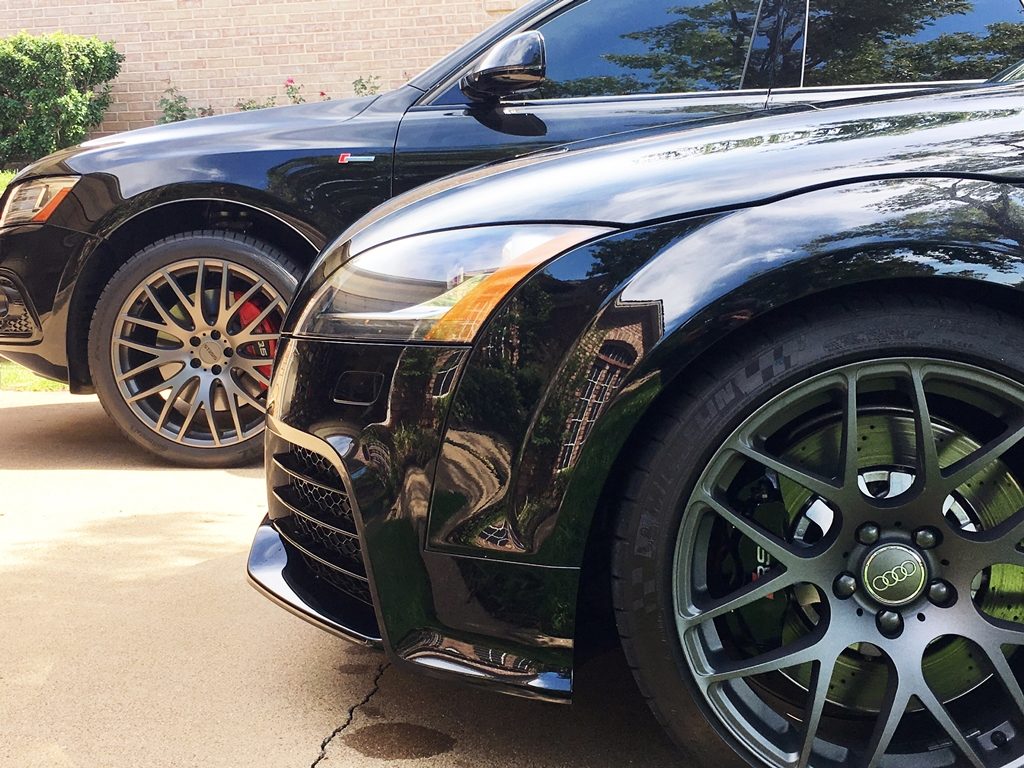 A month later, my wife had her ’16 Mythos Black SQ5 parked next to it.  Soon we had our Audi Club Lone Star (ACLS) membership in hand. What I value most about ACLS is making friendships.  For example, I was on my way to get the TT RS serviced one day when a stranger approached me at a gas station and asked me about my custom wheels which were my first aftermarket modification.  Cautious of strangers at gas stations but always willing to talk about my car and use cool words, I explained the wheels were custom, wider than stock, flow-formed for light weight, drilled and center-bored, with proper offset (more cool sounding words).  He complimented me on the TT RS and that caught my attention because I had de-badged the car and only a real Audi enthusiast knows the visual differences from other TT models.  I questioned him on how he knew about TT RS and he said he use to race them.  To that I replied, “Is your name Don?” The look on his face was priceless!  The conversation led to introductions, his role with Audi and our realization we were both headed to the Audi dealership.  We spent that morning looking at photos of Don’s original TT RS race car, touring the dealership, talking about his new ’18 TT RS and LMS RS3 that were on order at the time, and reminiscing about our mutual friend, teacher, and choir director in high school. 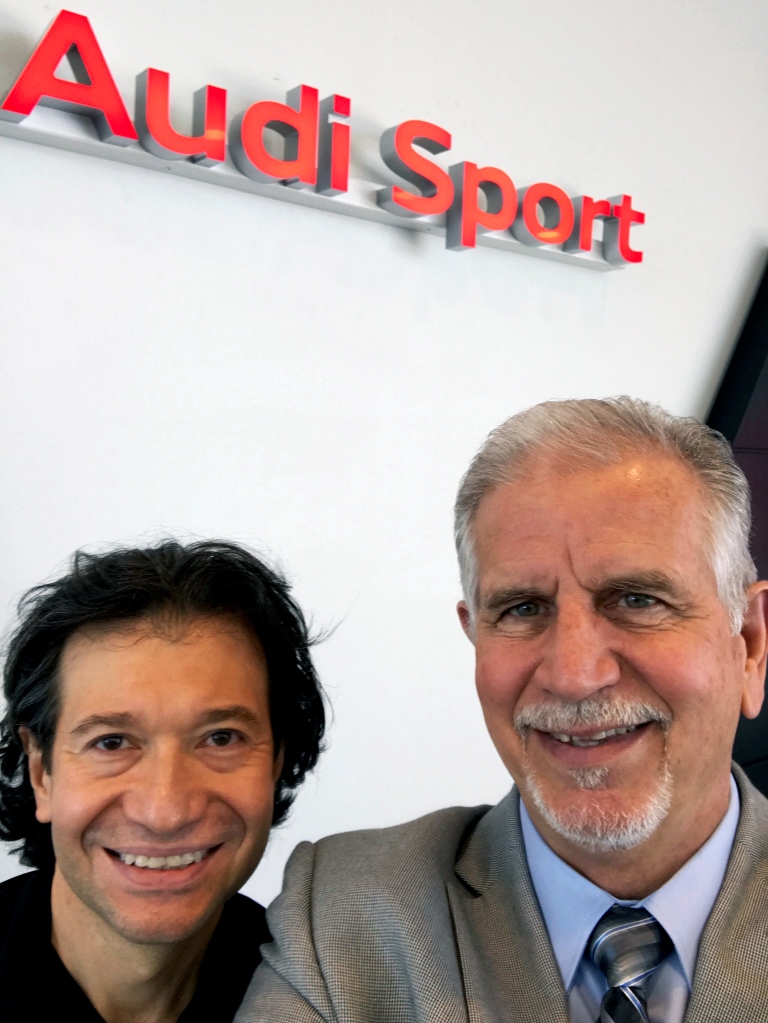 Since that chance meeting I have enjoyed Don’s friendship and hospitality, partnering with Scott and Patti as ACLS DFW chapter volunteers, motivating each other to invest more in our cars, seeing our ACLS friends from other chapters at state events, and of course, driving one of the most phenomenal Audis ever made.

My wife is on her second Audi now, a ’15 Night Black Q7 S-line Prestige; I continue to enjoy the TT RS every day and hope for many years to come.  Should I find myself in need to replace the TT RS one day, I am sure she will agree the new TT RS or perhaps an R8 V10 Plus will make a suitable daily driver.  Stay tuned and be thirsty for Audi my friends!