We have some new photos showing both the Audi Q4 Sportback e-tron and the regular Q4 e-tron out on testing.

The Q4 e-tron brothers are no secret anymore for most of you as we have spied them both before (Q4 e-tron) (Q4 Sportback e-tron) but this time we also managed to get a look inside two of them.

We can see that the look of the interior differs both from the one seen in the VW ID.4 as well as the Skoda Enyaq iV and resembles the look of the concept very well but with some smaller changes. 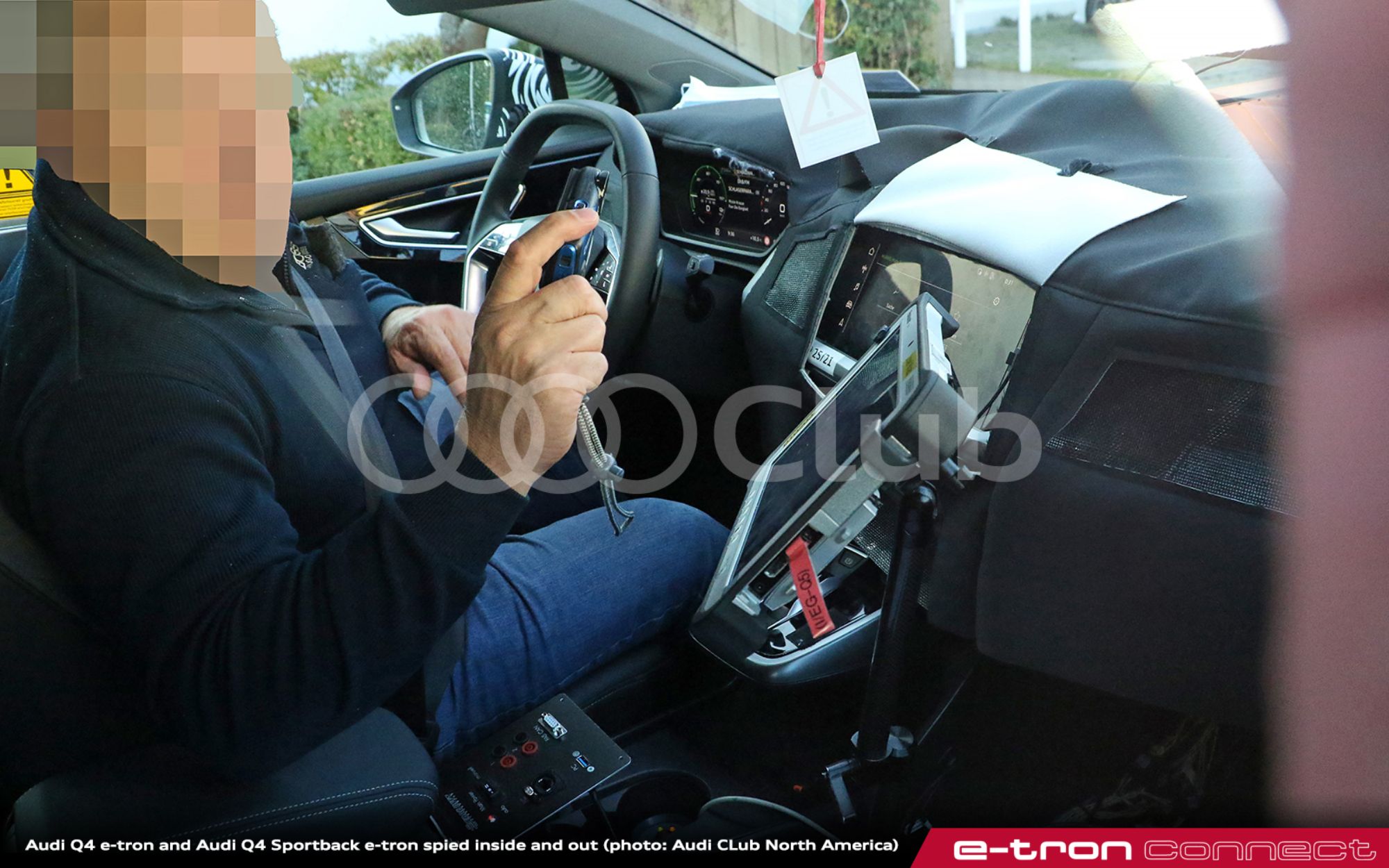 Testing on public roads continuous and since the Q4 e-tron is based on the same technology as the VW ID.4/ Skoda Enyaq iV most of the basic testing has already been made. And just like the Skoda Enyaq iV the Audi Q4 e-tron will also come as a proper quattro with motors both at the front axle and the rear axle. Expect the line-up to start with the single rear motor and rwd in different power stages and with at least to different battery sizes.

Even with all that camouflage we can see that the production car will look a lot like the concept from 2019. From the lights, the front bumper to the lines of the body it all matches. And if you look at the front end some camouflage has now dropped and we can see more of the grilles outlines on the Sportback prototype.

When the concept was revealed Audi was talking about a range of ca 450 km (WLTP) with an 82 kWh battery and we think this might be carried over for the production version as well. If not even with a longer range depending on the development of the battery technology. 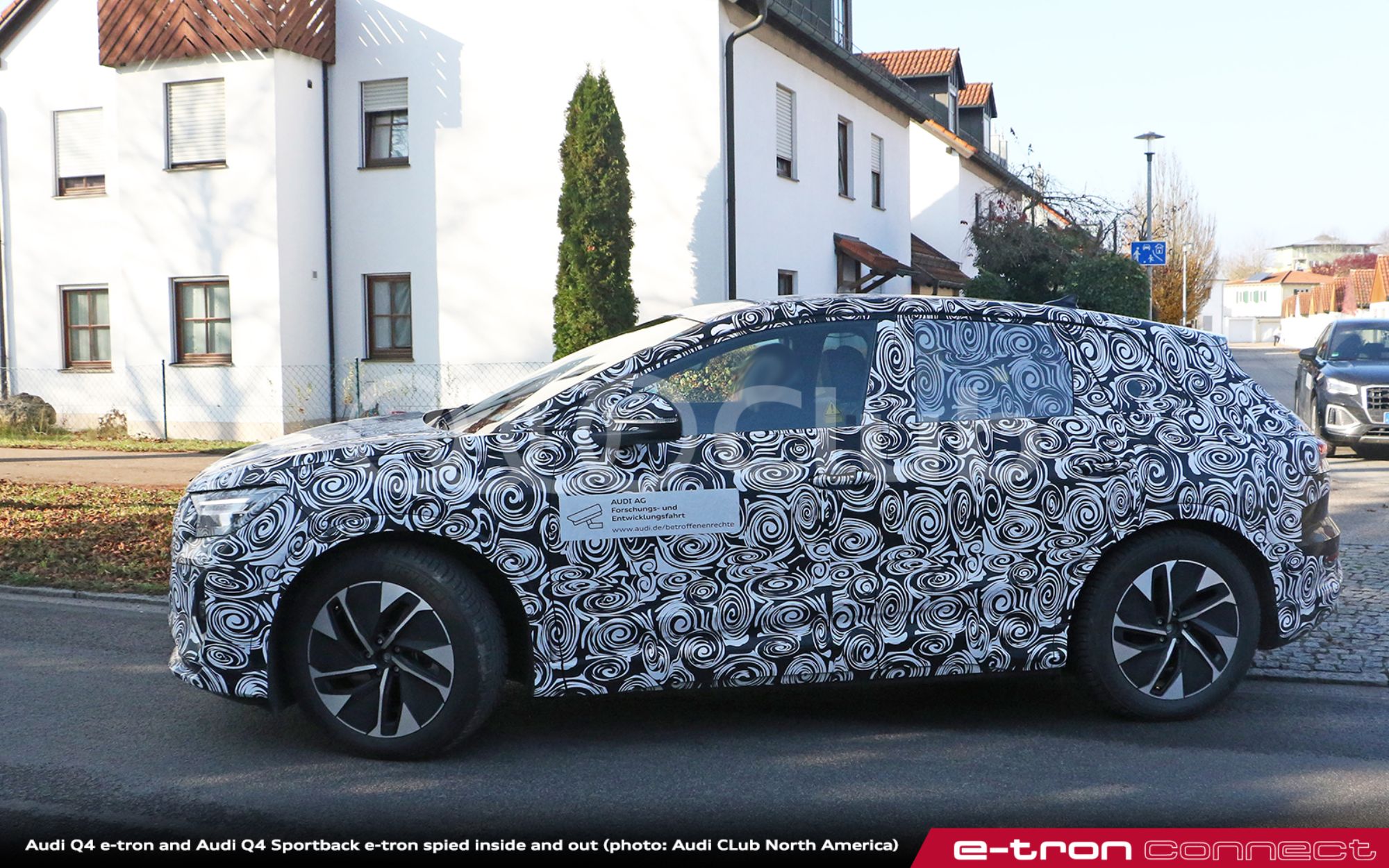 The size will be roughly be around 4.60 m placing it between the Q3 and the Q5 but with better interior space than the bigger Q5.

Audi also already confirmed that the Q4 e-tron will be built in Zwickau / Germany and that we might see two more Audi models based on the MEB platform. We’re guessing that one of the models will be the Q4 Sportback e-tron as seen in these photos.