The last model with a combustion engine left the assembly line today at the Zwickau car factory. The seventh generation Golf R Estate1 with 2.0-litre petrol engine in Oryx White Pearl Effect was produced for a customer in Germany. From today on, only electric models of Volkswagen and in future also of the sister brands Audi and Seat will be produced in Zwickau. The leap into the modern automobile age has been a long one: since 1904, cars with combustion engines have been built in Zwickau – initially for many years, including Horch models, and in GDR times the Trabant came off the assembly line here. In May 1990,Volkswagen started production at its plant in western Saxony. Over the course of the past 30 years, exactly  6,049,207 Volkswagen cars of the models Polo, Golf, Golf Estate, Passat Saloon and Passat Estate have been produced in Zwickau.

Reinhard de Vries, Managing Director of Technology and Logistics at Volkswagen Sachsen: “Today is a historic day for us. We are proud of what we have achieved so far, and at the same time are greatly looking forward to what the future holds for us. The trend towards electric mobility will continue to pick up speed. We will meet this demand from Zwickau: we have already created the capacity to build 330,000 vehicles next year.”

Jens Rothe, Chairman of the General Works Council at Volkswagen Sachsen: “Zwickau is steeped in German automotive tradition. Our team has always delivered excellent performance and built vehicles with excellent quality. We have gained the trust in the Group to become the first location to start fully electric large-scale series production. The Zwickau plant is therefore well-equipped for the future.”

Work has already started in Hall 6 where the Golf Estate has been produced so far. After a conversion phase lasting several weeks during the summer, the first electric vehicles will be produced there at the end of the year – alongside the ID.4, an SUV from the sister brand Audi is also planned. Series production of the ID.3 1st Edition2 already started at the site in west Saxony in November 2019, and the start of production of the ID.43 will follow this summer.

Qualification programme for all 8,000 employees

With the step-by-step transformation of the Zwickau plant, Volkswagen is for the first time switching a large car factory completely to electric mobility. The investments for conversion amount to around 1.2 billion euros. In the final expansion stage from 2021, six MEB models will be built for three Group brands in Zwickau. All 8,000 employees will be prepared for production of electric cars and for handling high-voltage systems as part of various training measures. The Zwickau team will complete around 20,500 days of training by the end of 2020. This will ensure long-term job security at the Zwickau location.

The ID.3 is the first vehicle based on the modular electric toolkit (MEB) from Volkswagen. The platform was developed specifically for electric cars and optimally exploits the possibilities offered by electric mobility. The ID.3 is therefore characterised by long ranges, plenty of interior space and dynamic driving behaviour. The base version will cost less than 30,000 euros. Early birds have been able to place binding orders for their reserved vehicles since 17 June. The market launch of the ID.3 1st Edition will take place almost simultaneously throughout Europe in September 2020. 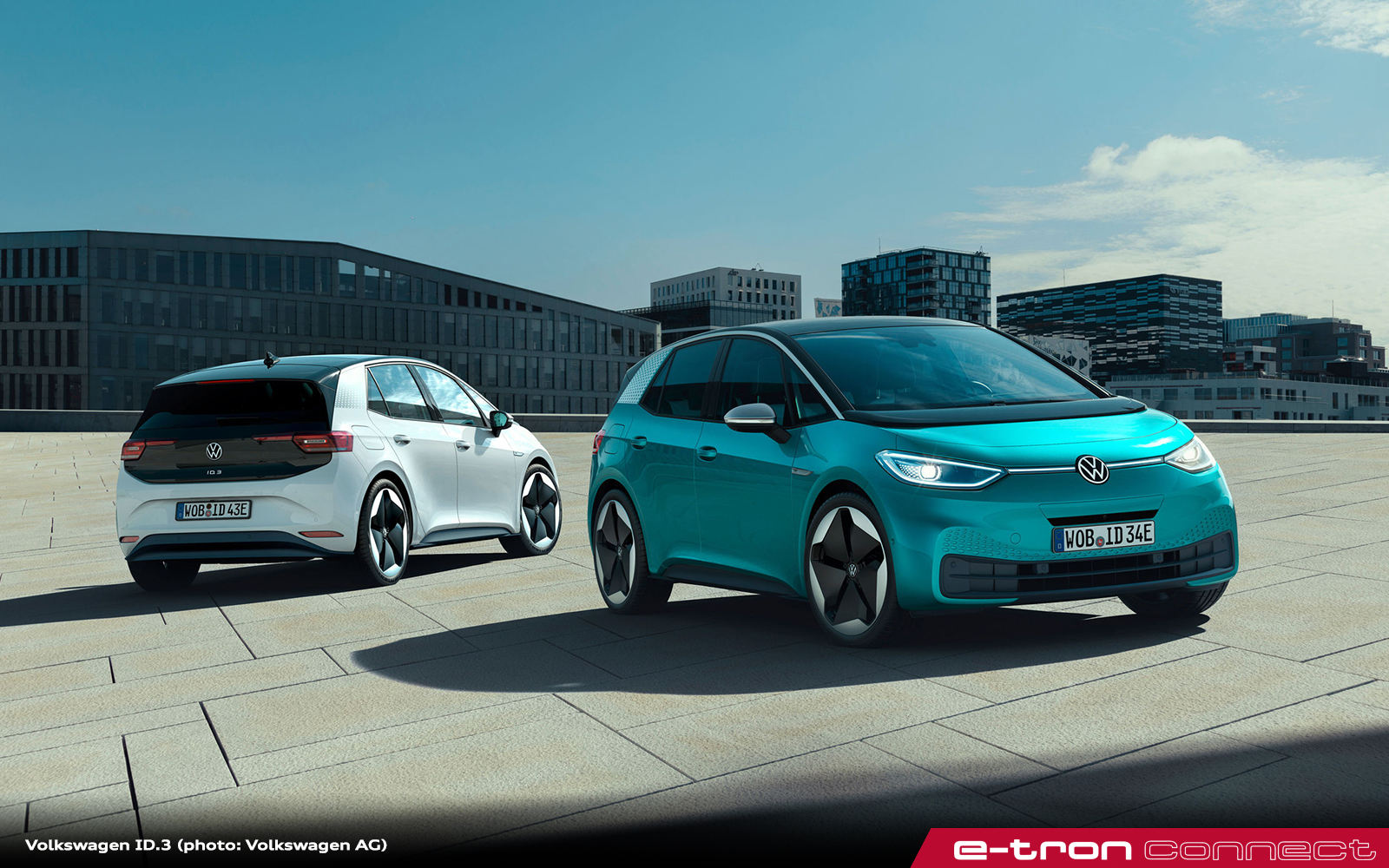 In addition to the Zwickau vehicle plant, Volkswagen Sachsen has two other locations in the Free State of Saxony: The Chemnitz engine plant produces, among other things, modern direct petrol injectors. The e-Golf will roll off the production line at the Transparent Factory in Dresden by the end of the year, and from 2021 the ID.3 will be produced there. The bodies for the Lamborghini and Bentley luxury SUVs will continue to be produced in Zwickau.