There is no doubt that the era of e-bikes has arrived, and also that self-propelled two-wheeled bicycles blur the lines between just what qualifies as a bicycle and what qualifies as a Motorcycle. Pairing electric propulsion with two wheels seems like a natural expansion for Audi-owned motorcycle manufacturer, and that’s just what they intend to introduce at the Italian motorcycle show EICMA.

This isn’t the first time we’ve seen e-bikes from the land of the four rings. Audi has launched several, both in concept and sold as a brand accessory as part of its Audi collection line. However, when it’s a motorcycle marque like Ducati getting in on the action, you have to think the intent is a little more of a shot at a core product than it is part of an accessory line. 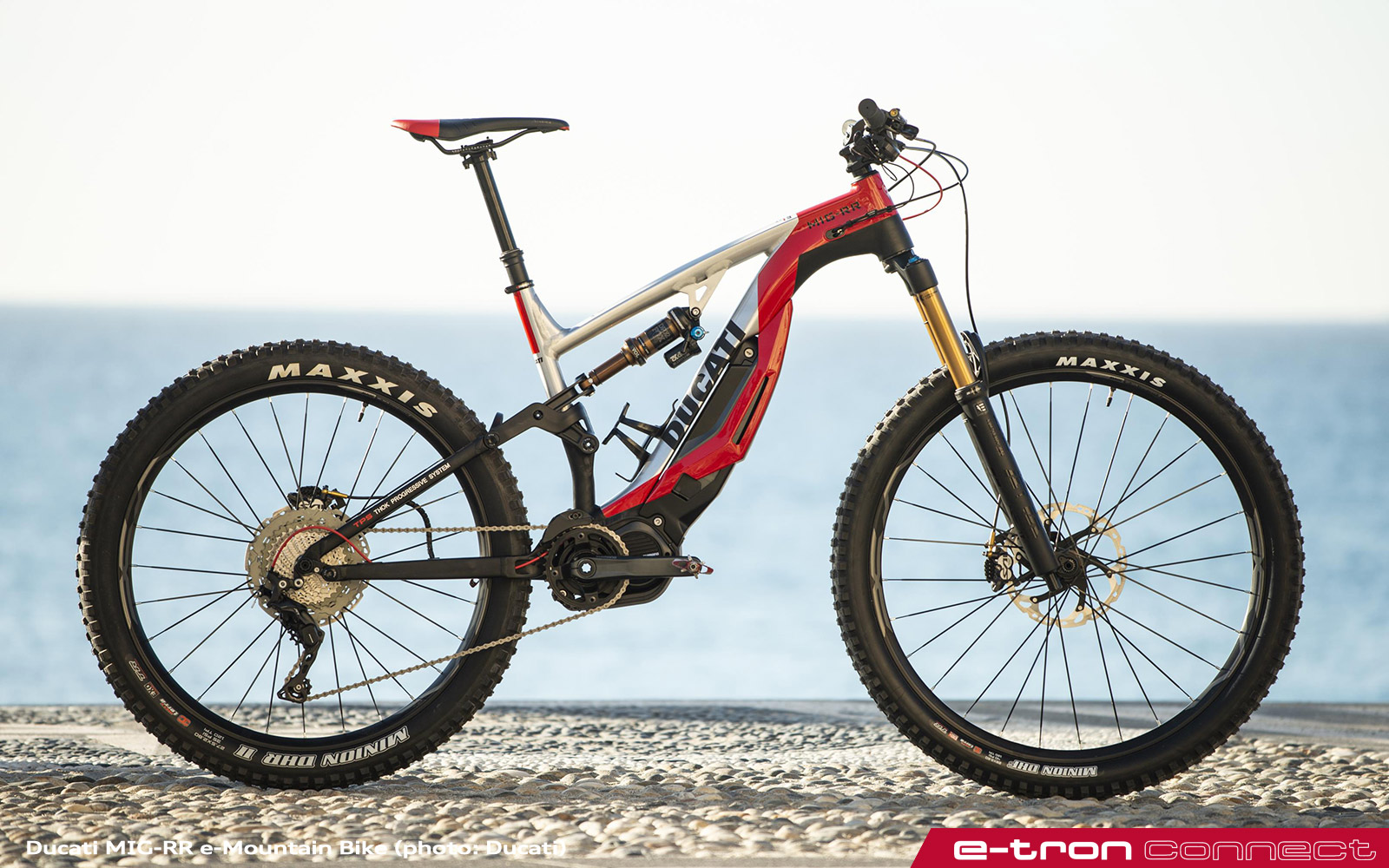 Read more about it in the full press release below.

PRESS RELEASE: An Exclusive Ducati E-MTB Ready for Its Debut at EICMA 2018

Borgo Panigale (Bologna, Italy), 1 November 2018 – On Sunday 4 November 2018 the Ducati World Première in Milan (streamed live worldwide on www.ducati.com starting at 19.00) will unveil, in addition to the latest Ducati models for 2019, the new Ducati e-mtb, the MIG-RR, an enduro born out of close collaboration with Italian company Thok Ebikes.

E-mountainbikes let cyclists take on climbs that, without the motor boost, wouldn’t be possible and, at the same time, they allow everyone to live the off-road on two wheels in total freedom. E-mtbs sales are booming worldwide. Ducati has now entered this market segment relying on the experience of a specialized company, Thok Ebikes, born from the passion of the BMX and Down Hill champion Stefano Migliorini. 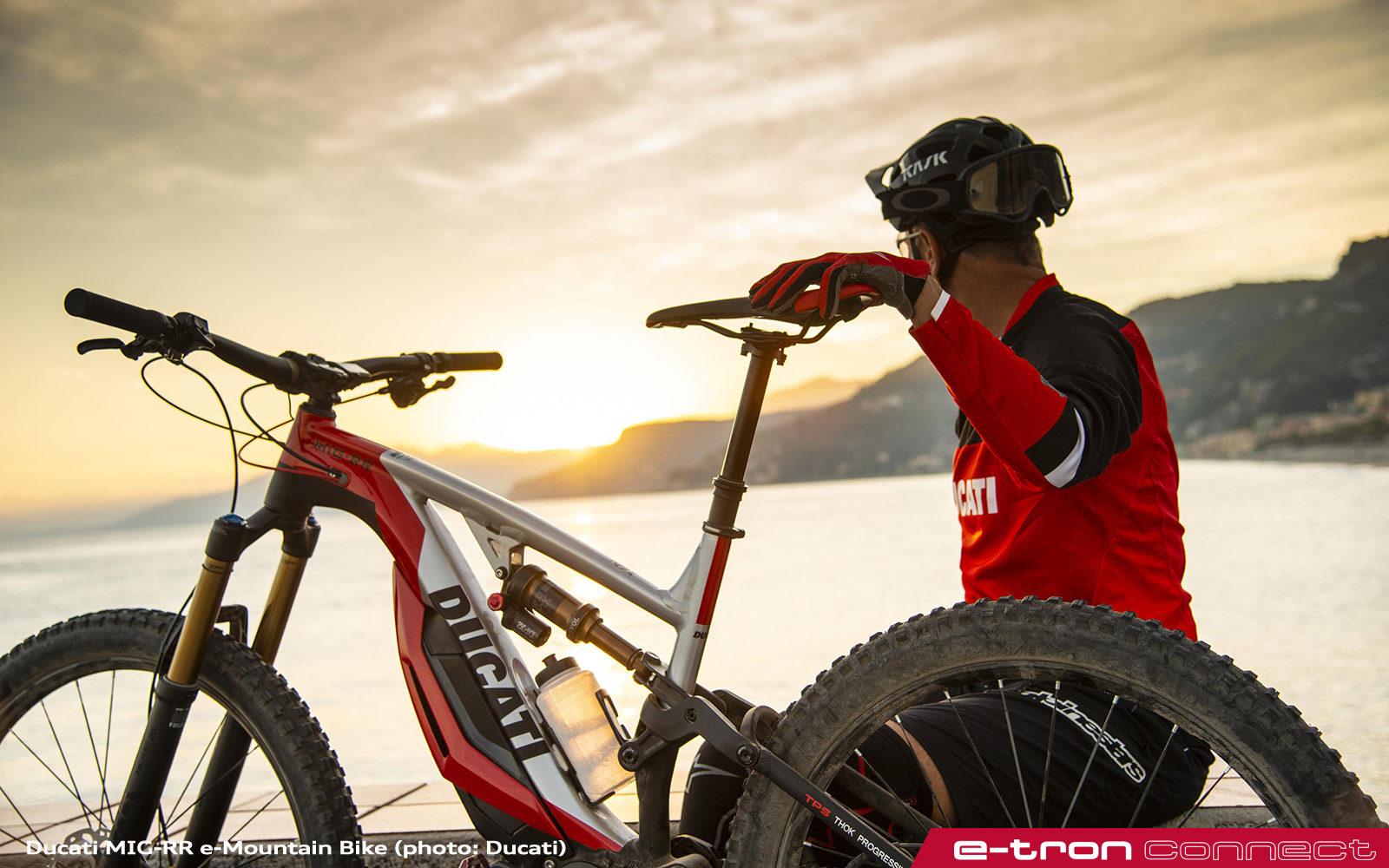 The Ducati MIG-RR, which will make its public debut on the Ducati stand at EICMA 2018 (Fiera Milano Rho, 8-11 November), is a true high-end e-mtb developed by Thok Ebikes specialists in close collaboration with Aldo Drudi’s D-Perf and the Ducati Design Center.

While the new Ducati e-mtb is an offshoot of the popular MIG series produced by Thok, it features some unique technical solutions: wheels with different diameters and suspension set-ups with different degrees of wheel travel (29″ and 170 mm at the front, 27.5″ and 160 mm at the rear) make it a true enduro that meets the needs of even the most demanding rider.

The battery is positioned underneath the down tube. The resulting low barycentre makes the Ducati MIG-RR an easy-to-ride yet precise bike even on the toughest terrain.

The Ducati MIG-RR will be distributed throughout Europe via the Ducati dealership network starting from spring 2019.
It can also be ordered online at www.ducati.com from January 2019 onwards.

In 2017 Thok Ebikes launched its first e-mtb on the European market. Called MIG, it was designed by Aldo Drudi’s D-Perf and developed by former BMX world champion and international Down Hill pro Stefano Migliorini, now CEO of KP srl.

Thok bikes are sold exclusively online at www.thokebikes.com. They can be delivered to your door or collected at any Thok Point (bicycle or motorcycle stores that can provide assistance and organise pre-purchase test rides). The current Thok Ebikes range consists of the MIG-ST, MIG and MIG-R, all of which mount the Shimano Steps E8000 motor/battery system.

Ducati Motor Holding S.p.A. – A Sole Shareholder Company – A Company subject to the Management and Coordination activities of AUDI AG
Founded in 1926, since 1946 Ducati has been manufacturing sport-inspired motorcycles characterised by high-performance Desmodromic engines, innovative design and cutting-edge technology. With its factory located in Bologna’s Borgo Panigale district, in 2016 Ducati celebrated 90 years since it was founded. The model range covers several market segments with the following families: Diavel, Hypermotard, Monster, Multistrada, SuperSport and Panigale. In 2015 Ducati presented the Ducati Scrambler: a new brand made of bikes, accessories and apparel that provide the last word in creativity and self-expression. These authentic icons representing what the world knows as “Made in Italy”, together with an extensive range of associated accessories and technical and lifestyle apparel, are distributed in 90 countries globally. In 2017 Ducati delivered 55,871 bikes to customers, continuing the growth trend of the last eight years. Ducati competes in both the World Superbike and MotoGP World Championships. In Superbike, Ducati has won 17 Manufacturers’ titles and 14 Riders’ titles. Ducati has been competing in MotoGP since 2003, winning both the Manufacturers’ and Riders’ titles in 2007. 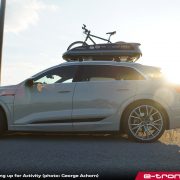 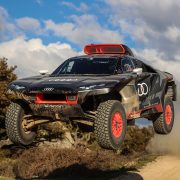