Name: Dale Whitney
Location: Travelers Rest, SC
Current Audis: B8 RS5, B5 S4, urquattro   Have had 9 Audi’s over the years starting with a 1988 80 Quattro.
When you are an old car guy you have lots of memories.  My first real sports car was a ‘65 Alfa Romeo Spider Veloce.  I worked all summer at two jobs to buy her in 1970.  I still have her plus two other old Alfa’s.  My other current old cars are Porsches.  I’ve also owned lots of Fords, Chevys, GTOs (the Pontiac version), Saabs, Plymouths, BMWs, VW’s, Mazdas and Datsuns.
Dream Car: Alfa Romeo  33 Stradale
I grew up in Southern California so I’ve been a car guy most my life.  My Dad was a car guy and so was my Uncle Joe.  When I was 8 yrs old Uncle Joe took me for a ride in his Jaguar XK120.  It was my first time over 100 mph.  I was hooked.  I have always had an Alfa Romeo in the garage as my fun car.  When the Audi urquattro came to the US in 1982 I wanted but couldn’t afford one.  When they were a couple years old we had three young girls so a 4 door Audi 80 Quattro was a more practical daily driver.  I joined “Quattro Club”,  ACNA’s predecessor,  in 1990.
We moved to Atlanta a few years later and became a part of the GA Chapter.  In 2007 we moved to South Carolina where most of the Audi enthusiasts still belonged to the GA chapter or Southeast Chapter with events in western Tennessee..  About 5 years ago a couple other ACNA members worked with me to form the Carolina Chapter which has grown to over 300 members with activities throughout the Carolinas. 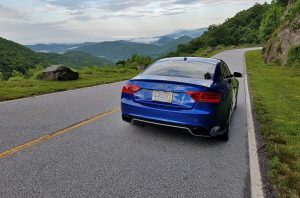 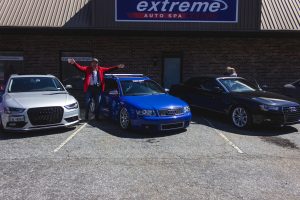 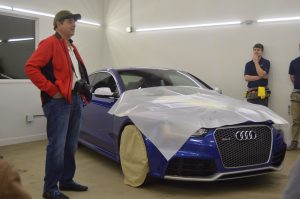 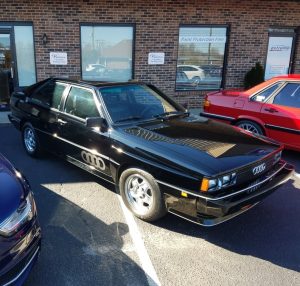